On our first full, gloriously sunny day, we headed for Skomer island to see puffins! I saw my first puffin up close in China and I’ve been in love ever since! Be warned, the trip is expensive but so so so worth it!

Its £5 to park in the car park. (which its a miracle we found!) £10 each for the boat trip and another £10 each as a landing fee. Thats £45 to spend a day on an island with maybe 20-40 other people (20 in our case) and see puffins and seagulls and manx shearwaters! 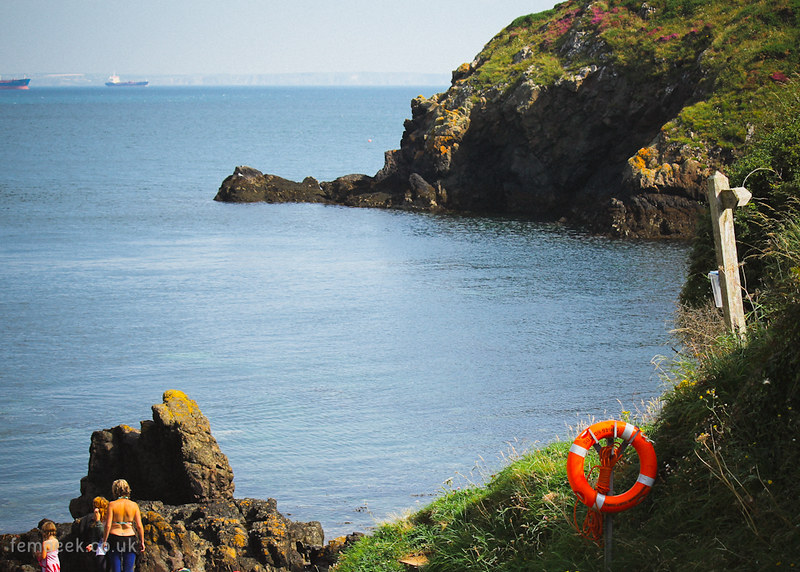 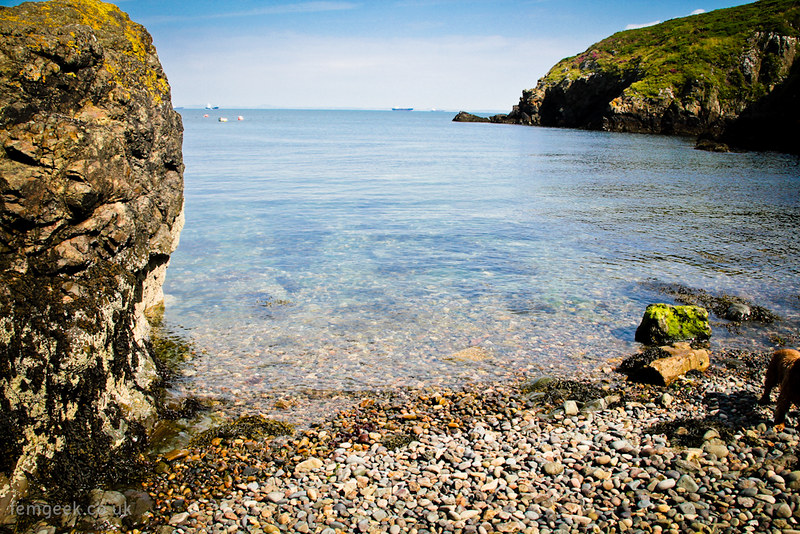 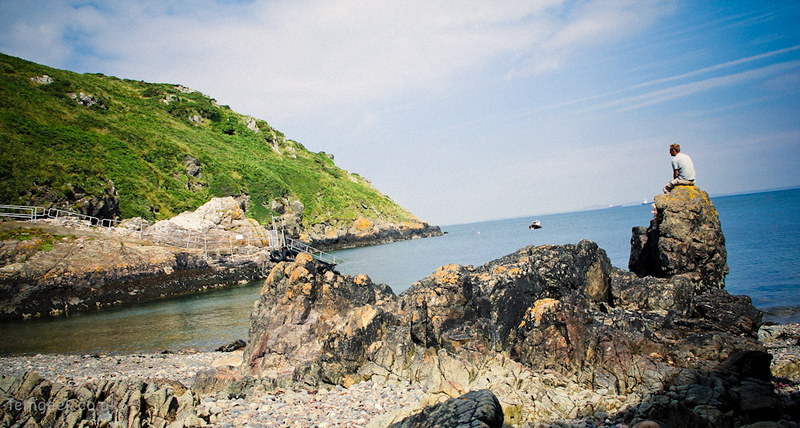 This was the cove where we waited for the Dale Princess to pick us up. We missed the 11 oclock boat so had to wait for the 12. It was a long wait…not! 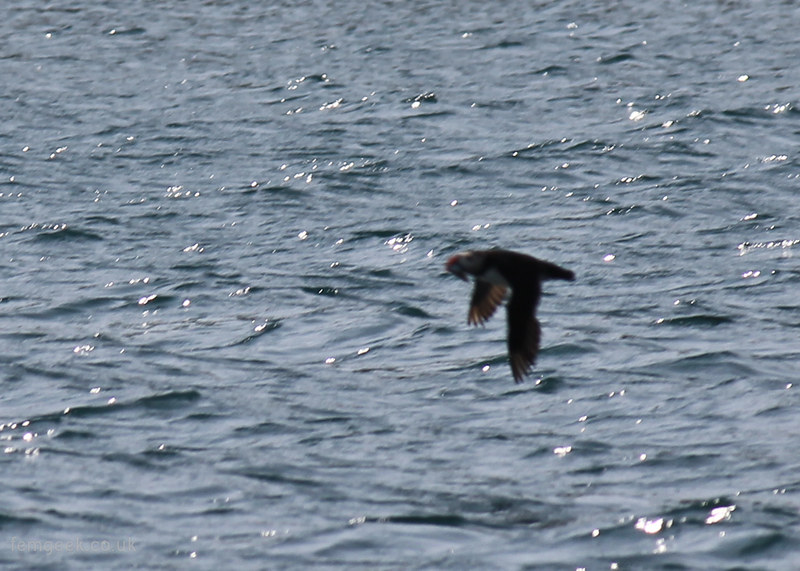 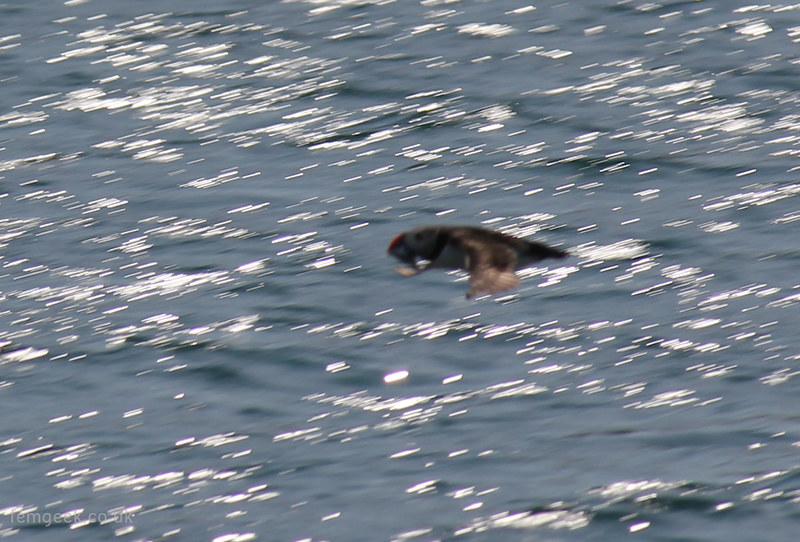 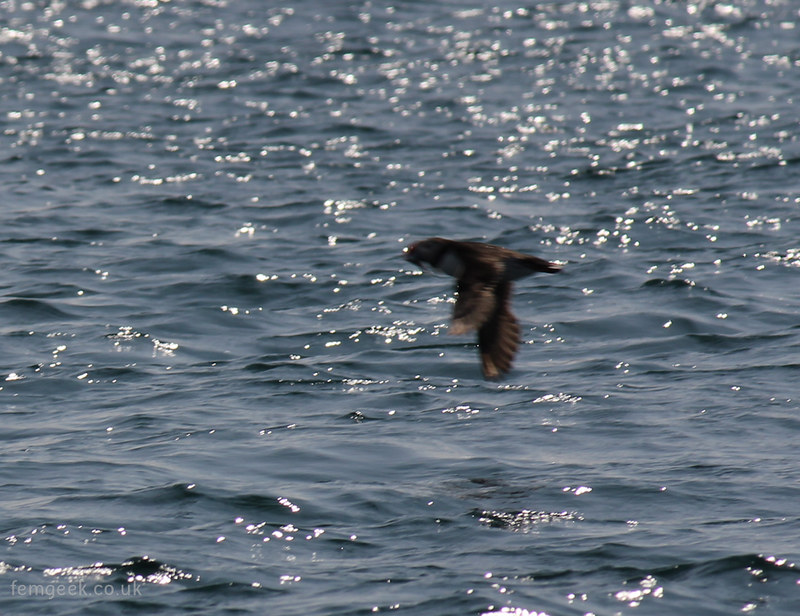 Before we’d even made it to the island we saw our first puffin!!! Sadly it was the only one and I’m not very good at catching birds in flight, from a boat! They’d all flown off the week before but it was AWESOME! They have little serrated sections in their beaks to hold the fish in their mouths while they catch more 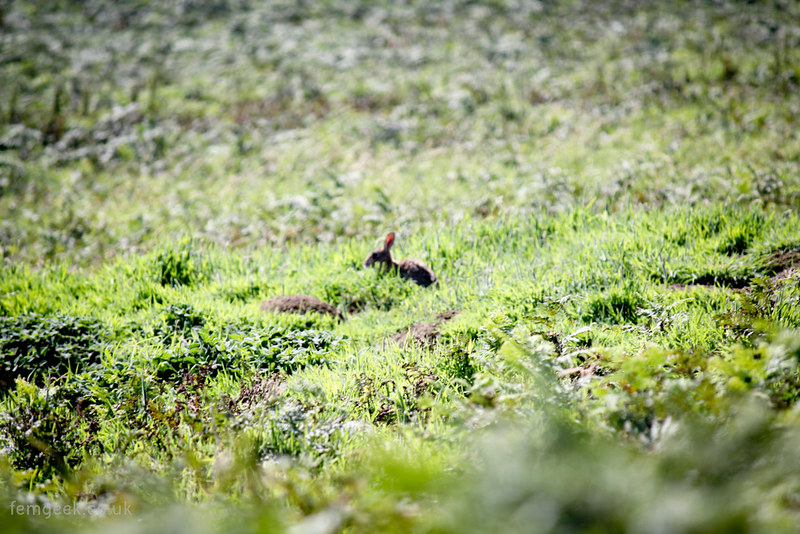 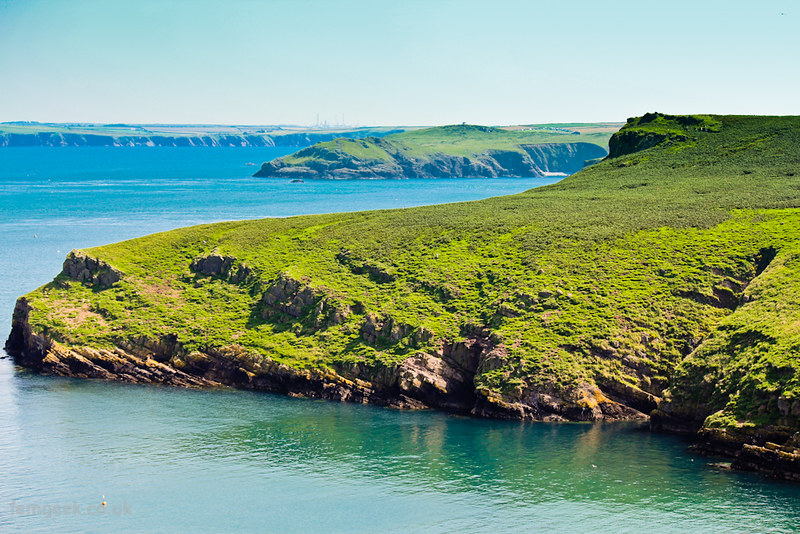 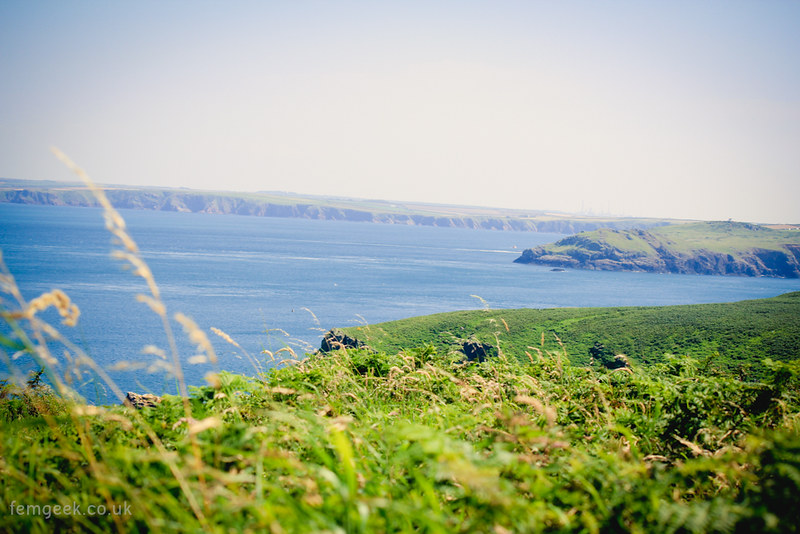 The island was beautiful. I’d say it was peaceful too but the seagulls saw to it that it wasn’t!

Greg being the wildlife sound recordist that he is 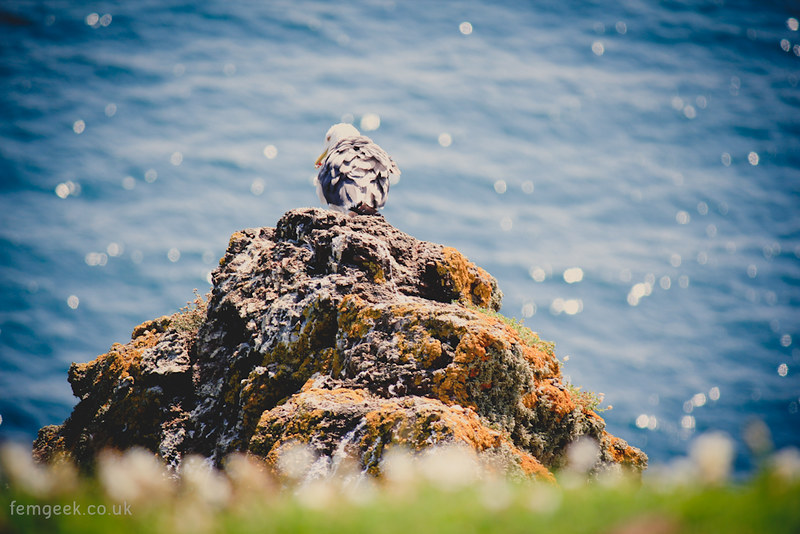 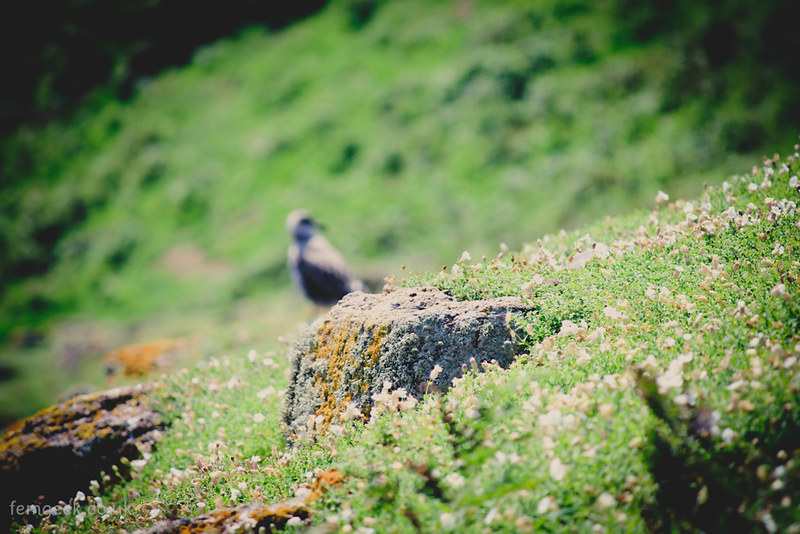 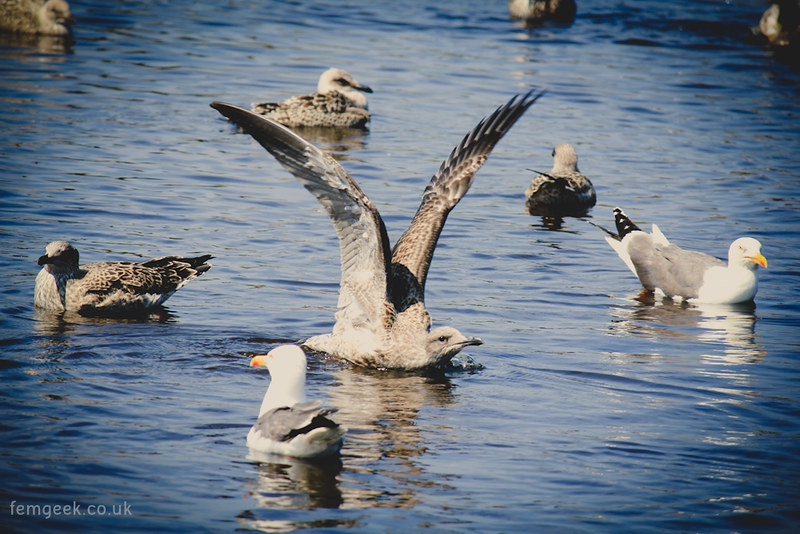 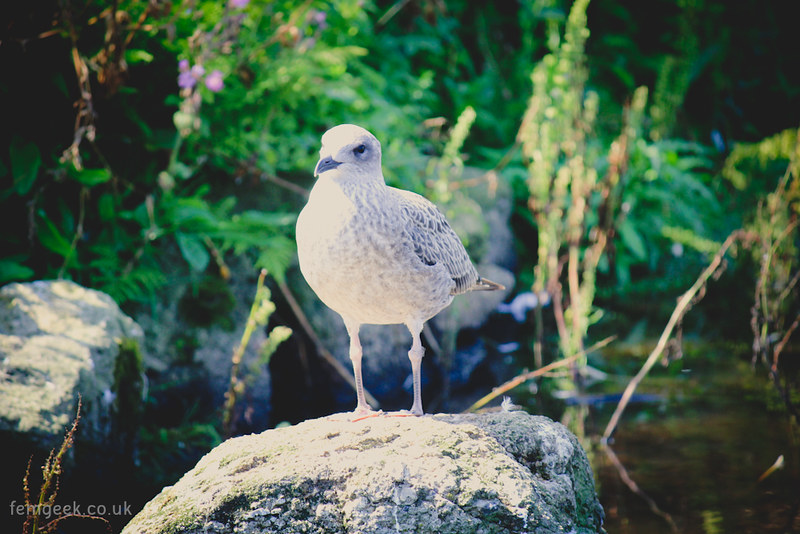 There are two hides on the island. I’ve never been in one before. It was totally surreal. You walk up to this dark shack surrounded by scrubland and open the shutters onto a beautiful lake filled with birds! I felt like a bit of a pervert! There were four baby moorhens too! 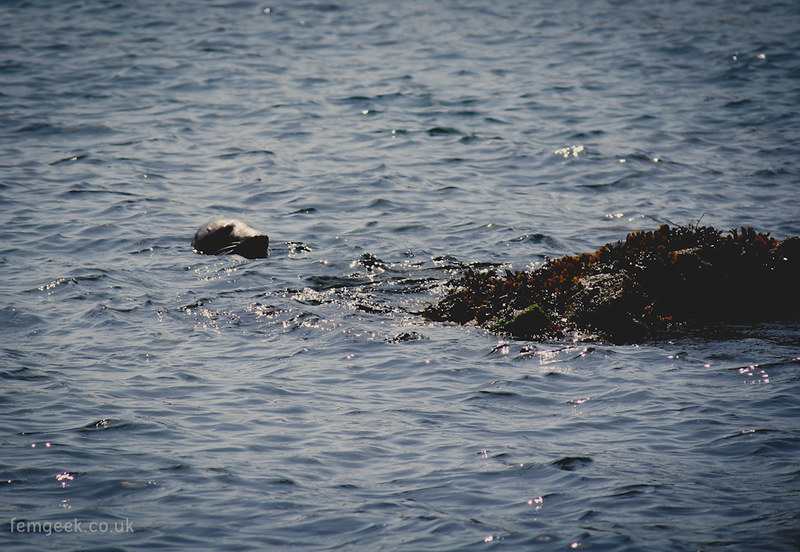 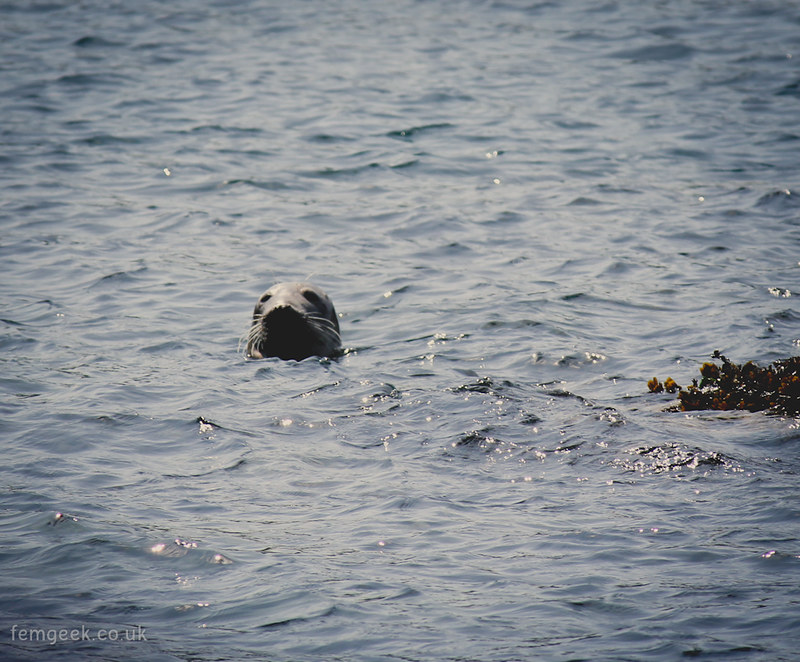 The last thing we saw as we left the island. Some seals catching the last of the rays