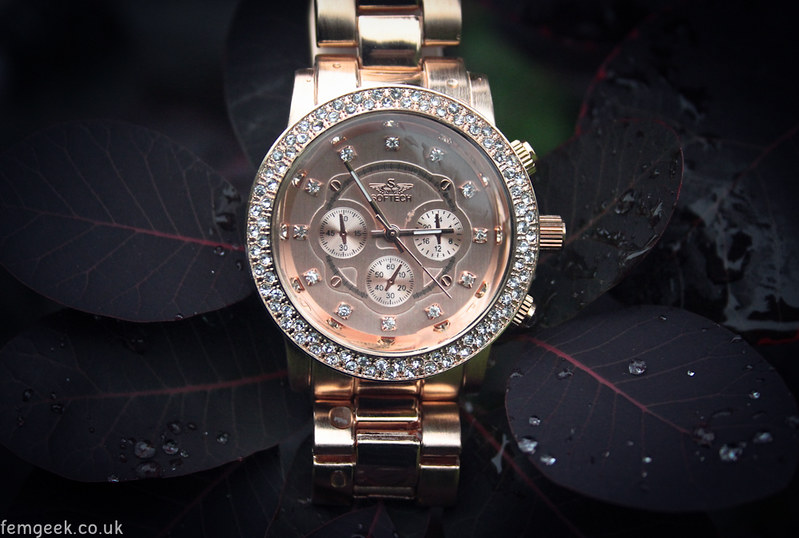 Ever since I saw a shiny rose gold watch on Shini’s blog I’ve been swooning over it. Its one of those things that stuck in my mind. The other being this galaxy skirt from scathingly brilliant. This isn’t the same watch as Shini’s but its a similar design by Softech Watches. 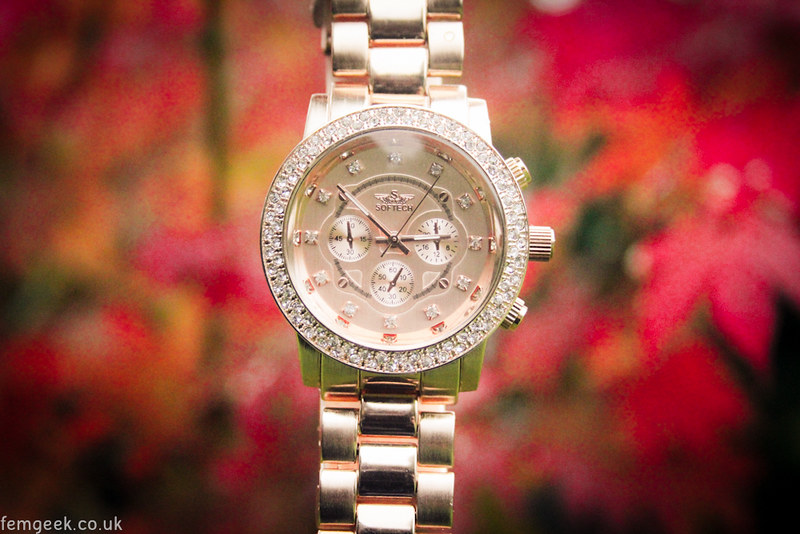 I had big plans for giving this watch a thorough review by wearing it alpaca trekking but the curse of the 8 year old’s wrists ruined those plans! My tiny wrists mean I can wear children’s watches no problem but I have to remove half of the wrist band on adult watches. Which I’ve found quite difficult to do so far on this watch. I may have to take it to a jewellers this week.

So instead of putting it through its paces with alpacas I decided instead to test it by hanging it from various trees in my garden after it rained for some photographs. It still works, which is a good sign, because it was very rainy today. I picked a great day to have a birthday! 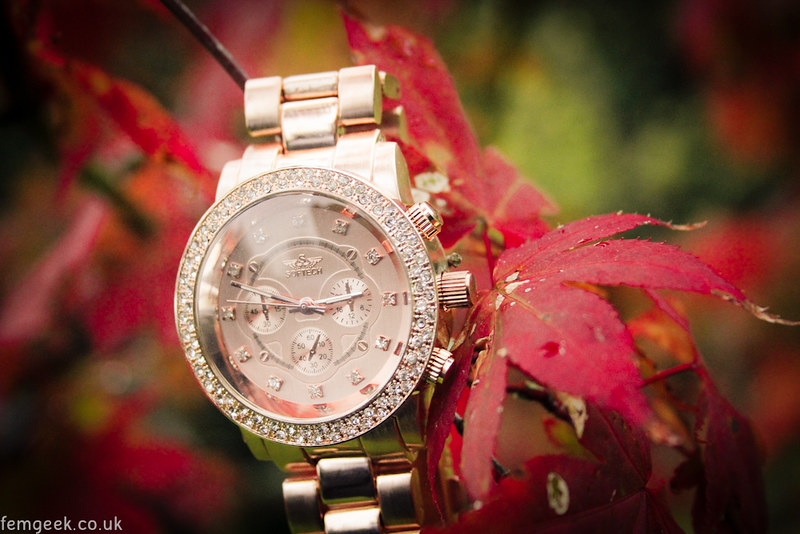 The watch is pretty solid. It weighs a tonne and is big, see below. It has lots of smaller dials which unfortunately are only there for decoration. The same goes for the top and bottom dials on the right hand side. I was a little concerned when I initially set the time on the watch because when I clicked the dial into place the minute hand seemed to ‘drop’ a little further than I would have expected for such a seemingly well made watch. My worries were misplaced though and it has kept the time as accurately as my other watch over the past two weeks. (I keep my watches synced to south west trains clocks.)

I should state that I was sent this watch to review, I chose this one out of the options because I’ve always wanted a watch in this style! Plus it makes a change from my hamtaro watch….